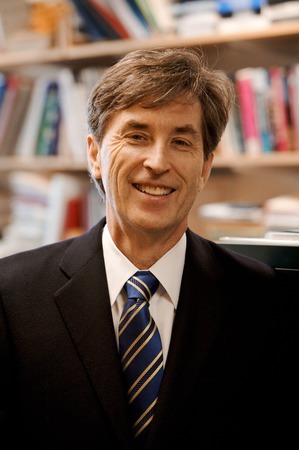 Ft. Lauderdale, Florida, December 2016 — A pediatric surgeon and firearm injury prevention advocate of more than 25 years paid tribute to a forerunner in the field of childhood injury prevention during Forging New Frontiers, the 21st Annual Injury Free Coalition for Kids conference in Ft. Lauderdale, Florida this weekend. Long time Coalition member and injury prevention leader Michael Hirsh, MD, presented Harvard professor, author, and longtime injury prevention supporter Dr. David Hemenway with the Injury Free 2017 Pioneer Award. “Dr. Hemenway is a giant in the field of injury prevention,” said Dr. Michael Hirsh. He went on to say in addition to that he should get extra recognition for being willing to take on the difficult problem of firearm injury research in a political climate that intimidates many researchers from even considering the topic. “His innovative approach to try to use data to bring 'gunsense' to the debate is why I am so proud to have been able to present him with the Pioneer Award,” Hirsh concluded.

The Injury Free Coalition for Kids Pioneer Award is given to an individual who has demonstrated a substantial dedication to the mission of preventing injuries to children and their families. It is designed to honor a person who has been a forerunner in the field of Injury Prevention, one who is an innovator and a calculated risk taker that blazes trails where there have been none, one who does not remain silent when needs are not met. “This is a description of who David Hemenway is,” Barlow said. He is a national leader in Injury Prevention through education, mentoring and research as well as promoter of translating data into action. Injury prevention specialists are inspired and motivated by him and Injury Free members were moved by his speech after receiving the Coalition’s Pioneer Award.

“It is such an honor to receive the Injury Free Pioneer award, and to be put in the same company as research and practice stars Sue Baker and Fred Rivara,” Hemenway said. “What I liked best about the meeting was the wonderful people, and I liked that so many of the talks focused on real world practice issues. It is great to see people from across the United States and Canada who are working daily to make kids safer.”

Dr. Hemenway is the third recipient of the award. The inaugural award was presented to Susan Baker, MPH, ScD (Hon.) of Johns Hopkins University. She is known as the Matriarch of injury prevention. The second award went to Frederick Rivara, MD, MPH Professor, a Pediatrics Adjunct Professor of Epidemiology University of Washington and founding president of the International Society for Child and Adolescent Injury Prevention. His contributions to the field of injury control have spanned 30 years.