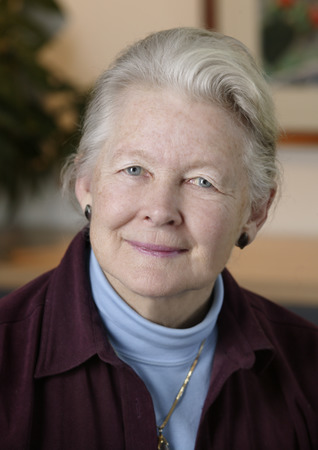 “Susan Baker put Injury Prevention on the map,” said Dr. Barbara Barlow, the Founder and Executive Director of the Injury Free Coalition for Kids. “She developed the first Injury Prevention Center and was the first to do significant research across a broad area. William Haddon, MD may have started injury prevention, but she carried it on,” Barlow continued. “Injury Free honored her because of the countless lives she saved.”

The Injury Free Coalition for Kids Pioneer Award is given to an individual who has demonstrated a substantial dedication to the mission of preventing injuries to children and their families. It is designed to honor a person who has been a forerunner in the field of Injury Prevention, one who is an innovator and a calculated risk taker that blazes trails where there have been none, one who does not remain silent when needs are not met. “This is Susan Baker, MPH, ScD (Hon.) of Johns Hopkins School of Public Health,” Barlow said.

Prior to accepting the award Professor Baker said there is much unfinished business when it comes to injury prevention. Among other things she discussed how sprinkler systems in new homes could cut the number of children, elderly and disabled people who are injured and die in house fires. She went on to talk about the need for every student to have CPR and swimming as a required part of their curriculum. “We can continue to change the culture of this country when it comes to injury,” Professor Baker said. She says working to do so will some people feel uncomfortable, but we need to do that to save lives.

An epidemiologist specializing in injury prevention, Professor Baker was the first director of the Johns Hopkins Center for Injury Research and Policy. Her research includes motor vehicle occupant and pedestrian deaths among children and adults; fatalities related to aviation, motorcycles, and heavy trucks; carbon monoxide poisoning; drowning; childhood asphyxiation; house fires; falls in the elderly; homicide; suicide; fatal occupational injuries; and injury severity scoring. She is well known for developing the widely used Injury Severity Score and for authoring the Injury Fact Book. She served on the Armed Forces Epidemiological Board in 1996-2000. Professor Baker is an ardent advocate of policy changes that will prevent injuries. Much of her teaching and research is designed to influence the legislators, administrators, media representatives, and others whose decisions can determine the likelihood of injury for thousands of people. She holds joint appointments at the School of Medicine, in the Departments of Pediatrics and Emergency Medicine. She was receiving awards for her work in Injury Prevention in the mid 70’s and she continues to do so today.

The Injury Free Coalition for Kids is located in the Columbia University Medical Center for Injury Epidemiology and Prevention. It is among the country's most effective injury prevention programs. Injury Free is comprised of hospital-based, community-oriented injury prevention sites whose efforts are anchored in research, education, and advocacy. Located in all of the countries Federal Trauma Regions, there are 39 sites across 30 states and one international site in Ontario, Canada. Each site is housed in the trauma center of its participating institution. They are all independent, physician-led programs driven by the Coalition's mission: preventing injury to children. While research determines where the injuries take place and which ones most prevalent and severe, most of the injuries addressed occur in urban environments, and Coalition members work to empower the diverse populations who live there.