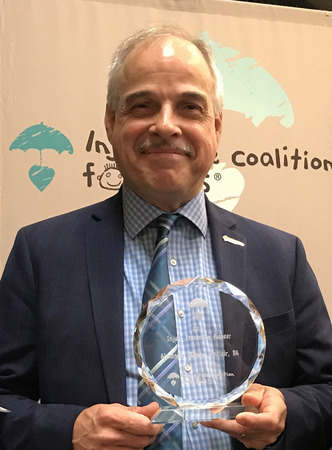 For the better part of 40 years, Mr. Sinclair has worked to improve the health, education and safety of children and families. From inner-city Los Angeles to an isolated mountain village in the Philippines, he provided direct services to families in need. Since the 1990s, he has provided national leadership in child transportation safety policy and program development at the National Safe Kids Campaign and the US Department of Transportation.

Mr. Sinclair serves as a Highway Safety Specialist at the National Highway Transportation Safety Administration (NHTSA), where he has worked since 1999. He is a subject matter expert in child passenger safety, tween and teen safety, vehicular heatstroke prevention, drowsy driving and distracted driving. At NHTSA he has developed, awarded, supervised, and evaluated the effectiveness of child passenger safety and seat belt demonstration programs. He has conducted extensive outreach to the highway safety advocacy community, Federal agencies, and for-profit entities, especially regarding child passenger safety. This includes organizing and conducting child safety listening sessions in minority communities. In addition, he has worked with federal and private researchers to developed highway safety projects focusing on high-risk populations. He has also served on two Department of Transportation “Green Teams” supporting NHTSA's fuel economy and sustainability objectives. With his expertise on motor vehicle safety, he presents and writes reports for Congress and organizes press events and briefing materials for agency leaders. At NHTSA he has also served as a speech writer, developed public service advertising campaigns with the Advertising Council, and conducted programs to increase seat belt and car seat use among minorities and low-income people.

In his role at NHTSA he led the development and implementation to expand NHTSA's social marketing campaign “Buckle Up America” program to increase safety belt use. He also managed a public service advertising campaign to prevent aggressive driving. In addition, he has developed distracted driving trainings for law enforcement and Department of Transportation (DOT) staff. One of his many responsibilities is coordinating the national annual Child Passenger Safety week, which he has done for the last 17 years. Most recently he has had a concerted focus on heatstroke deaths in children left alone in motor vehicles.

Since 2001 he has served as NHTSA's DOT liaison to the American Academy of Pediatrics' (AAP) Executive Committee of the Council on Injury, Violence, and Poison Prevention. He has been an integral part of this Committee in bringing his knowledge about past, present, and future issues related to child passenger safety, teen driving, and motor vehicle safety in general. He has contributed his expertise on best-practice recommendations, policies, and regulations. His insights on the federal level on child passenger related issues have been critical to informing COIVPP in developing policies and addressing current as well as new threats to motor vehicle safety.

Prior to his time at NHTSA, he worked as the Director and Manager of a field operations team as part of the National Safe Kids Campaign. In this role he strengthened and expanded this nationwide coalition network. He managed an annual training conference for hundreds of coalition leaders. He developed grant programs and allocated millions of dollars in grant funding. He is truly a voice advocating for the safety of children, teens, and their families in motor vehicles. 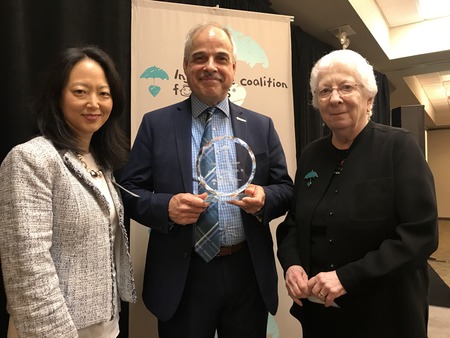 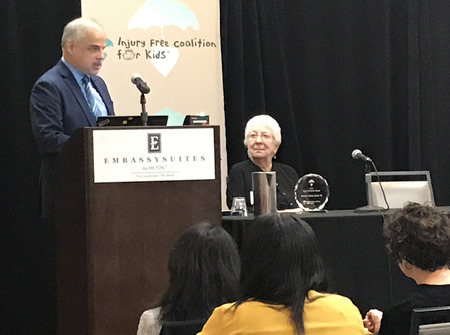